What the Statistics Tell Us About Nebraska Motorcycle Accidents 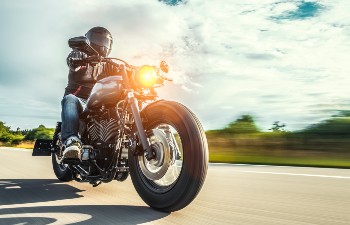 Motorcycle accidents cause death each year. As the statistics from the Nebraska Department of Transportation show, there is a significant amount of loss occurring each year from these accidents. The only thing that makes this worse is that many of these accidents could have been prevented.

Number of Motorcycle Fatalities and Injuries

Estimating the Cost of Loss for Motorcycle Crashes

The Nebraska Department of Transportation also provides a breakdown of the cost estimate for these motorcycle accidents. In 2019, for example, the 25 deaths were estimated to cost $1,550,000 per death, equating to well over $38 million. The same year, disabling injury resulted in 118 accidents costing a total of over $10 million. In visible, but not disabling injuries, a total cost of nearly $4 million was estimated, with another $1.5 million associated with possible injury. Property damage created an estimated $231,000 worth of loss. This amounts to over $55 million in projected costs from just one year of motorcycle accidents.

You’re Not a Statistic

While Nebraska motorcycle accident statistics paint a dismal picture, what’s happened to you cannot be depicted accurately in these figures. You have rights that can protect you from financial loss because of an accident you didn’t cause. You deserve a fair recovery. Our personal injury attorneys in Nebraska can help you achieve that. Let us guide you in good decision making when filing your case.

At the Law Office of Matthew A. Lathrop, PC, LLO, we’ll provide you with exceptional support and guidance every step of the way in filing your case and getting the compensation owed to you. Call for an appointment.