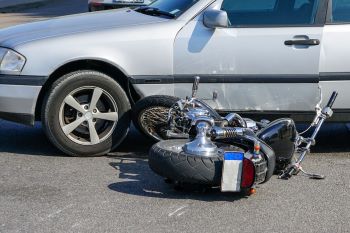 As a motorcycle rider, you love the long, open roads across Nebraska. Whatever your motorcycle of choice is—sport bike, power cruiser, or touring bike—you ride to enjoy the journey as much as the destination. However, as an experienced rider, you also know that other motorists aren’t thrilled with having to share the road with you. When the thing you have feared finally happens and you are seriously injured in a crash with a car or truck, you need an attorney who will go to bat for you. Attorney Matt Lathrop represents motorcyclists and stands up for your right to the same duty of care as other motorists. Don’t trust your serious personal injury claim to just any lawyer. Trust our experienced motorcycle accident attorneys to fight for the compensation you deserve from the at-fault driver’s insurance company.

What Are The Two Stereotypes Most Courtrooms and Insurance Companies Think Motorcyclists Fall Under?

The bias is really the result of one of two specific stereotypes:

The first stereotype is that motorcyclists are speed-crazy daredevils who wrecked their bike because they were doing something dangerous and stupid. We’ve all seen these riders: they drive in large groups, revving their engines loudly, riding “wheelies” down busy streets, zigzagging in and out of traffic, 75 miles per hour down a street with a speed limit of 40. This is the image the insurance adjuster and insurance lawyer foster in everything they do, every question they ask, every document they collect: “This is just another daredevil that got catastrphically injured, and wants to blame everyone else but himself.”

The other stereotype is the old “Hell’s Angel” stereotype. This is now more mythology than actual fact, but the bias remains. These are the riders who have LOUD motorcycles. Insurance adjusters and lawyers try to portray the rider along this stereotype: thinks he/she owns the road; rude; doesn’t share the road with other drivers; always breaking the law (disobeying the rules of the road); a bully. Nobody likes a bully, and if the lawyer can convince the jury that the rider is one of those bullies, the jury will do whatever the insurance company wants – even when the rider did nothing wrong and was otherwise a good, cooperative rule-follower.

So, the secret to winning these cases is preventing the lawyer on the other side from getting a toe-hold on either of these stereotypes. And it isn’t easy. These stereotypes are the first reaction to “motorcyclist” that most people have. All they have to do, is look for anything that confirms the bias and the biker is doomed. This is why collecting ALL of the evidence regarding the client’s history as a rider is critical. We don’t just advise the rider to. “Tell the lawyer you aren’t a daredevil,” or, “Tell him you are not a bully.” This is useless. Evidence is the key. We know where to look for it. We know it when we see it. We dig until we find it. When we get it, we use it VERY EFFECTIVELY.

Learn more about the state of Nebraska's Safe Riding Initiatives below:

How Drivers Cause Catastrophic Motorcycle Crashes in Nebraska

Motorcycles are clearly smaller and harder to see than full-sized cars and trucks, but that does not excuse drivers from keeping an eye out for them. Sometimes, crashes are caused by driver inattention and negligence, and sometimes they are caused by driver aggression and resentment. Here are a few of the common causes of motorcycle crashes in Omaha:

When a driver fails to check his blind spot before changing lanes, runs a stop sign, makes a turn without looking for through traffic, or does not allow enough following distance in front of him, he is more likely to cause an accident with a motorcycle than with another vehicle. The biker is also more likely to be seriously injured than the occupant of another car would be.

Glancing down at a text, reaching to adjust the GPS, eating a meal out of your lap, and talking to passengers instead of watching the road are all common ways distracted driving can lead to a crash with a motorcycle.

Impaired drivers are less attentive, have slower reaction times, and are less likely to see a motorcycle—particularly at night when most drunk driving crashes occur.

If a speeding or reckless driver hits a motorcycle, the force of the impact is likely to cause serious and potentially fatal injuries to the rider. Driving at a high rate of speed also makes it less likely that the driver will see a motorcycle and stop before a collision occurs.

Drowsy drivers have no idea what’s happening around them. They may doze off and cross the center line or veer into another lane. If a motorcycle happens to be in the path, the rider is at great risk of a serious injury.

Aggressive drivers follow other vehicles too closely, weave in and out of traffic, and sometimes purposely target motorcycles because they see them as an annoyance. These dangerous actions can cause catastrophic crashes.

No matter what kind of negligent actions on the part of the driver caused your motorcycle crash, Matt Lathrop will investigate and prepare your case for trial to get you the compensation you deserve.

When it comes to taking a negligent driver and his insurance company to court, Matt’s philosophy is Test, Never Guess. That means he will test out evidence, testimony, medical records, and potential exhibits with focus groups multiple times before he ever goes to trial to build the most convincing case. Because of this meticulous preparation, he is often able to negotiate the maximum possible settlement without ever going to trial. Not many personal injury attorneys in Nebraska are trial attorneys, but we are not like other personal injury law firms. When you are injured in a motorcycle crash that was not your fault, our team will give you the time, attention, and fearless work ethic your claim deserves. 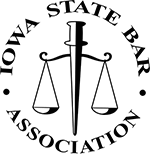 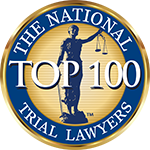