Nebraska Teen Drivers: Why Accidents Happen and What to Do After One 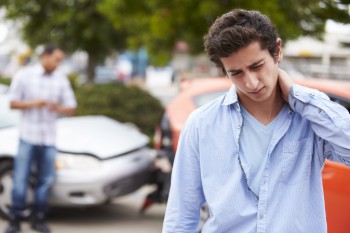 Mistakes happen, but sometimes those mistakes can change the course of someone’s life. Many teen drivers are inexperienced and feel invincible—which can be a dangerous combination. However, even cautious teens are still more likely to make mistakes behind the wheel than other drivers simply because of their inexperience.

In 2017, there were 3,071 car crashes in Nebraska involving drivers under the age of 19, according to the Nebraska Department of Transportation. This resulted in 3,041 injuries and 30 fatalities. If you were a victim in an accident caused by a teen, you should know your rights and understand what steps you need to take to protect them.

Nebraska has a Graduated Driver’s Licensing (GDL) program designed to help ease a teen driver through the learning process.

It starts with a school learner’s permit for those between the ages of 14 and 16 who are preparing for a school permit. These drivers can only operate a vehicle with a licensed driver over the age of 21 with them. They must have it for at least three months before advancing.

The school permit allows a teen to drive to and from school unsupervised or when they are with a licensed driver over the age of 21. They must complete 50 hours of lawful driving and pass a driving test.

A provisional operator’s permit is available to teens who are over the age of 16. It allows them to drive unsupervised, though they cannot operate a vehicle between 12 a.m. and 6 a.m. unless they are coming from a school activity or work. There are also limits on who they can drive.

To secure an unrestricted driver’s license, teens must be at least 17 years of age and had their provisional operator’s permit for at least a full year with no more than three points in the previous 12 months.

Dangers of Teen Drivers: What Can Go Wrong?

Though Nebraska law has a very specific set of guidelines for educating teen drivers and requiring parents to support them in learning to drive safely, accidents still happen. Teen drivers are high-risk drivers for many reasons, including the following:

If you’ve been in a car accident with a teen driver, take the same actions you would after any other car accident. Pull to the side of the road, call the police, and exit the vehicle if it’s safe to do so. Then, get all of the medical care you need to ensure you are safe.

Document everything that occurs, including the state of the teen driver and anything he or she says to you or others on the scene. It is still up to you to prove the driver was at fault in the case. Gather witness statements and any other available evidence. Write down the details such as:

Teen drivers are young and inexperienced, but they are still accountable for their actions.  Acting quickly will ensure your right to compensation is protected.

Why You Need a Nebraska Car Accident Attorney

Having an experienced car accident attorney by your side is critical in these types of cases. It’s up to your attorney to help you receive the compensation owed to you.

At the Law Office of Matthew A. Lathrop, PC, LLO, our team will work closely with you as you file a claim for all of your losses after this type of accident. Contact us immediately for a consultation.