What Partially at Fault Drivers Need to Know 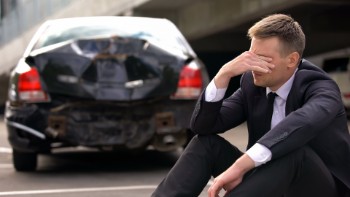 When an accident occurs, it may be the result of one driver making a mistake or not paying attention. Other times, both drivers share some of the blame.

If you are partially at fault, you may still be able to pursue compensation for your losses from the other driver’s insurance company. However, the amount which you can claim depends on how much fault is placed on your actions or inaction.

Nebraska’s at-fault insurance system states that a person is able to obtain compensation for the losses they suffer from the driver at fault in the accident. If you are partially to blame for your losses, you must prove the percentage of fault you are responsible for is less than the total fault of all other drivers whom you are seeking compensation from in this claim. The amount of compensation paid to you will be reduced by the portion of fault you hold.

When more than two people are in an accident like this, the court determines fault in the same manner, applying a percentage of fault for each driver. Perhaps the court finds you 20 percent at fault. There are two other drivers. Those two drivers each hold 40 percent fault. In this situation, the court awards you 80 percent of your claim. With $10,000 worth of damage, you would be awarded $8,000. However, each of the other drivers would be awarded 60 percent of their total damages as well.

What if You Are at a Higher Level of Fault?

How Is Fault Determined?

You may not agree with the amount of fault stated. This is one of the most important reasons to have a car accident attorney in Nebraska. Simply, they will help ensure fault is determined in a fair manner even if you are partially responsible. It is possible for your attorney to appeal such decisions, but that can delay the process, and there’s no guarantee a change will occur.

A judge determines fault on a case-by-case basis using the information he or she has. Various factors can play a role in determining fault, such as:

In some situations, inaccurate or missing information could put you at risk for a mistake in fault determination as well. That is why it is essential to avoid common mistakes after a car accident and to know what to do as soon as an accident occurs.

Hire a Car Accident Attorney to Protect Your Right to Recovery

The complexities of contributory negligence make it imperative to have legal support. If you believe you could be at fault or you are unsure of how to prove you were not, hiring a personal injury attorney is essential. The sooner you do so, the more work they can do to protect your ability to recover your losses.

At the Law Office of Matthew A. Lathrop, PC, LLO, you have an experienced attorney available to answer your questions and provide you with support through these difficult instances. Contact us today for a free consultation. Live chat is also available for real-time assistance.