How to Protect Your Recovery Rights After a Drowsy Driving Accident 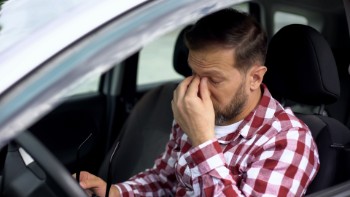 A person who is tired and gets behind the wheel is putting others at risk. Drowsy driving can create life-altering accidents, including fatalities. If you’ve been in a car accident caused by a drowsy driver, you have the right to secure financial compensation for the losses you’ve incurred.

Drowsy Driving Is a Major Problem

In 2013, 72,000 crashes creating 44,000 injuries and resulting in 800 deaths were related to drowsy driving, according to the National Highway Safety Administration. Many times, a person has no idea that their sleepiness is limiting their reaction time, creating a higher risk of causing an accident. Sleepy drivers are more likely to:

Some People Are More Likely to Drive Drowsy

Drowsy driving can happen to anyone, but some people are at a higher risk of causing such accidents. This includes those who:

Those who are yawning, blinking frequently, and drifting from lane to lane are likely to be too tired to drive properly. They may also be bobbing their head up and down or looking at a phone for far too many seconds at a time. Tailgating, hitting the shoulder, or running over the shoulder rumble strip are all common indications of drowsy driving.

As a driver on the road with someone behaving like this, be careful to avoid passing them too closely or otherwise interacting with them. If they get too close to you, do what you can to avoid an accident. However, if you are involved in an accident, call the police and stay at the scene.

After an accident, take a moment to recall what happened. As noted, the way a person is driving can indicate they are tired. Was the driver behaving oddly before striking you? This may include not using turn signals, running red lights, swerving into the wrong lane, or driving too slow or too fast. Sometimes, they may respond slowly to changing traffic signals or swerve widely when making a turn. Try to recall anything odd that you can remember while the incident is still fresh in your mind.

Consider any statements the driver makes after the accident. Did they state they were tired? Perhaps they stated they’ve worked a long shift or that they were feeling ill from new medications. These are all clues about what caused the incident. Record them and provide them to the police officer. This evidence can prove vital to your personal injury claim.

It’s best for you to avoid speaking to the insurance company of the other driver until you have an attorney working for you. Drivers also should refrain from making any statements regarding their innocence or guilt in such cases. Provide only the facts to law enforcement based on what you know. Then, record them on paper and share them with your attorney.

If You’ve Been in an Accident, Call Your Injury Attorney

You don’t want to go to court to fight for compensation for your losses without the help of a skilled personal injury attorney. At the Law Office of Matthew Lathrop, PC, LLO, we provide one-on-one support and guidance in drowsy driving cases. For a free consultation, call our Omaha, Nebraska personal injury office at 402-281-9668.